On top of the world - volcano trekking - Bali, Indonesia

It was a night like all other nights except that this one was special.  We woke up at 1:30 in the night to get ready for a volcano trekking on Mount Batur.  Our driver was a small guy riding a car that look somehow like an old jeep.  As small as he was he was driving fast as the wind on the roads of Ubud.  I remember I was feeling lucky is night, there is no one on the streets and the trees are standing still. One hour drive got us to a local farm for Luwak Coffee were we served breakfast.  Walked on a small path to an open air room with not more than 3 tables and some chairs around them.  We were the first to arrive and we devoured the served coffee and banana pancakes.  As the cold was setting in we decided to join the ladies in the outside kitchen cooking for the other people that were expected to arrive.  Slowly more tourists were starting to arrive. 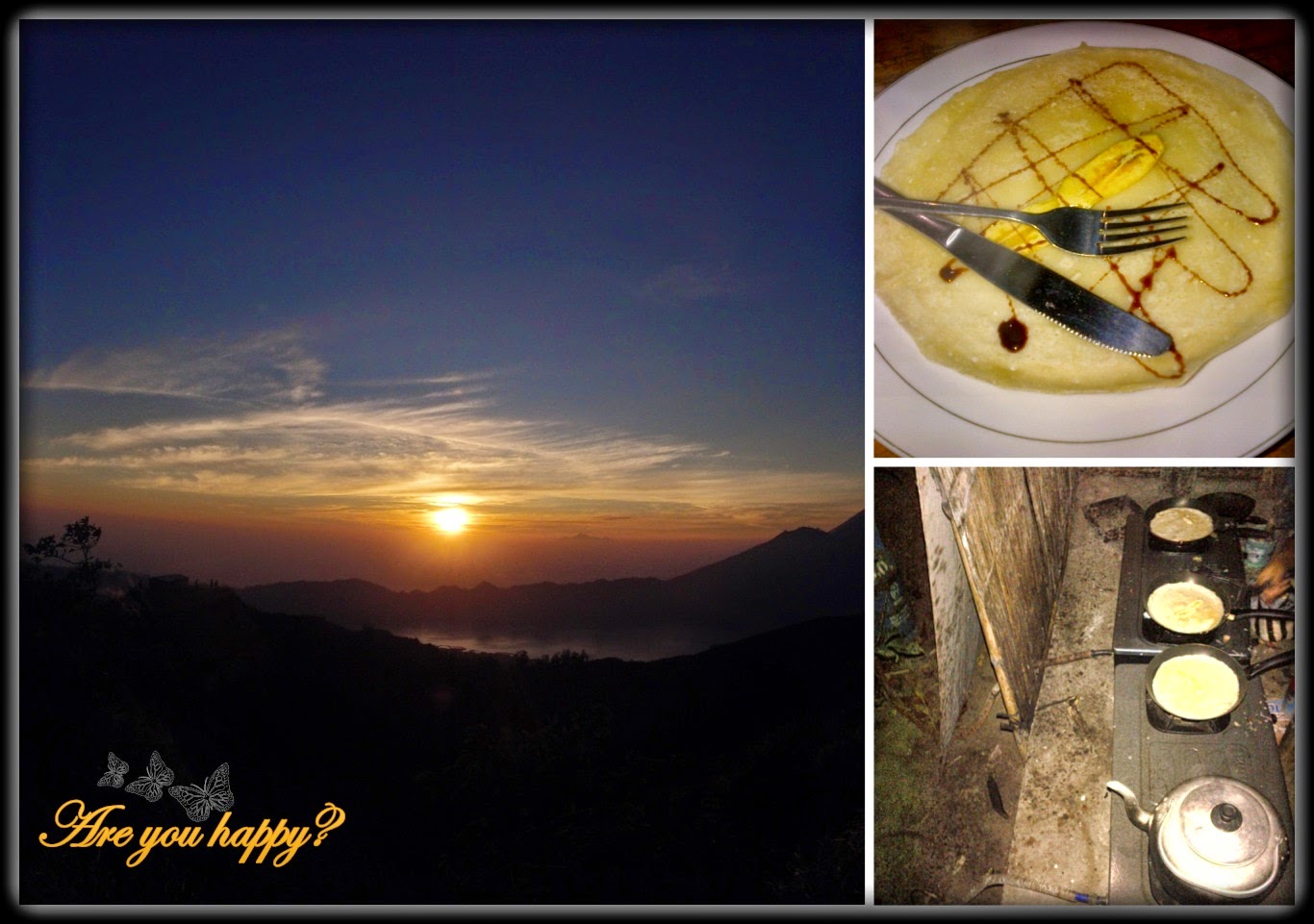 Around 3:30 in the morning everybody was packed in cars and on the road to the volcano.  We met with the guides that accompanied us up the mountain.  The trek was well organized with a guide for every 3 -4 people.  We were all provided with lanterns and started walking on a wide path with black volcanic sand.  Slowly the path got narrower and tilted so that everybody was walking in a row and we had to pay attention all the time not to slip.  Light was coming from so many lanterns that at some point I had to close mine just to keep my head from spinning. 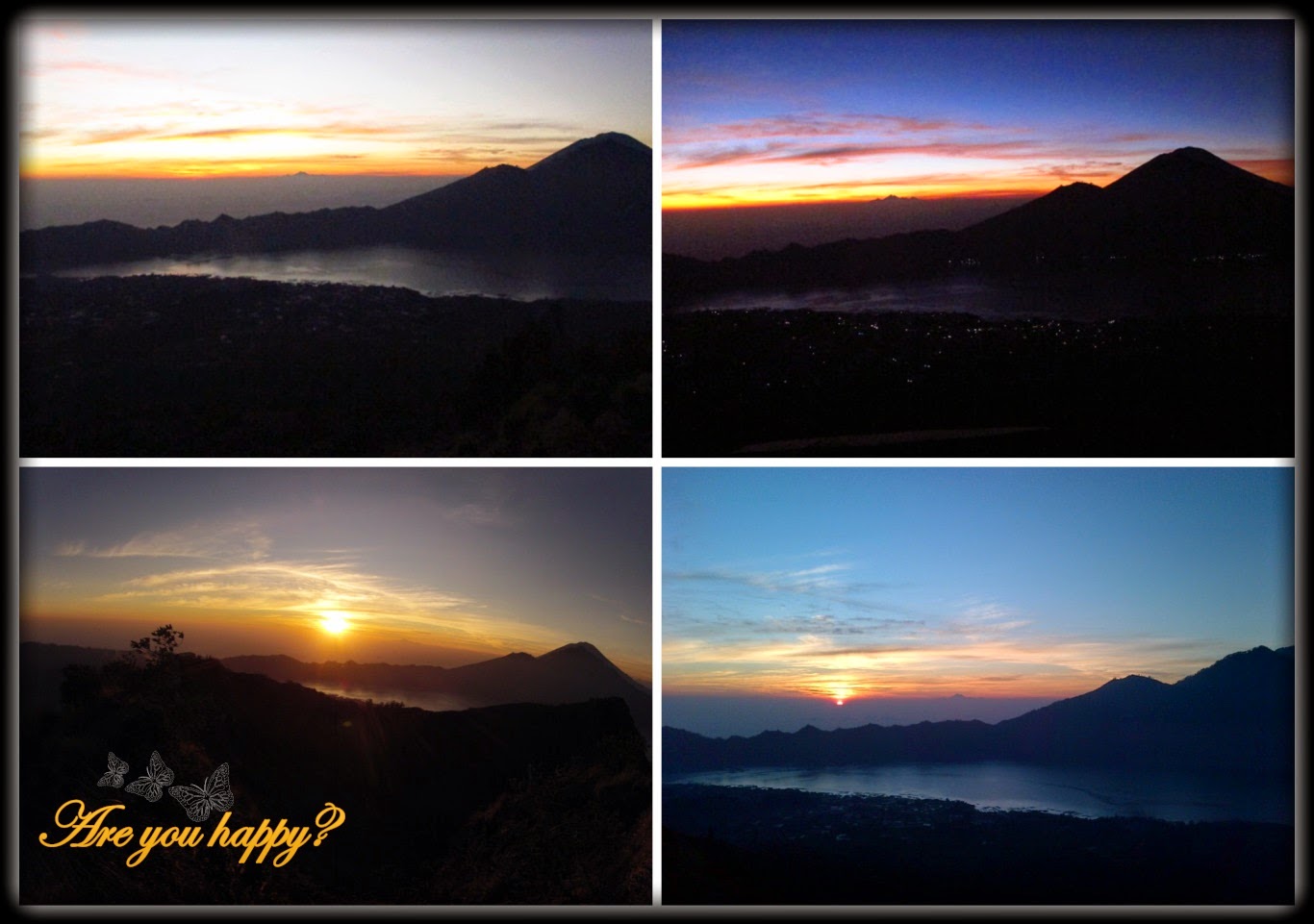 After 1 hour and a half of walking on the titled path I was getting worried about the walk and more and more tired.  At first it was cold outside and then it started to get warmer and warmer as we were walking more and more up on the volcano.  With the help of the guide we reached almost the top of the volcano at the guides’ refugee where everybody stopped for sunrise.  Gabi (the courageous part of Areyouhappy :p) and some other tourists together with part of the guides took the higher path made only of volcanic sand to the top of the volcano. 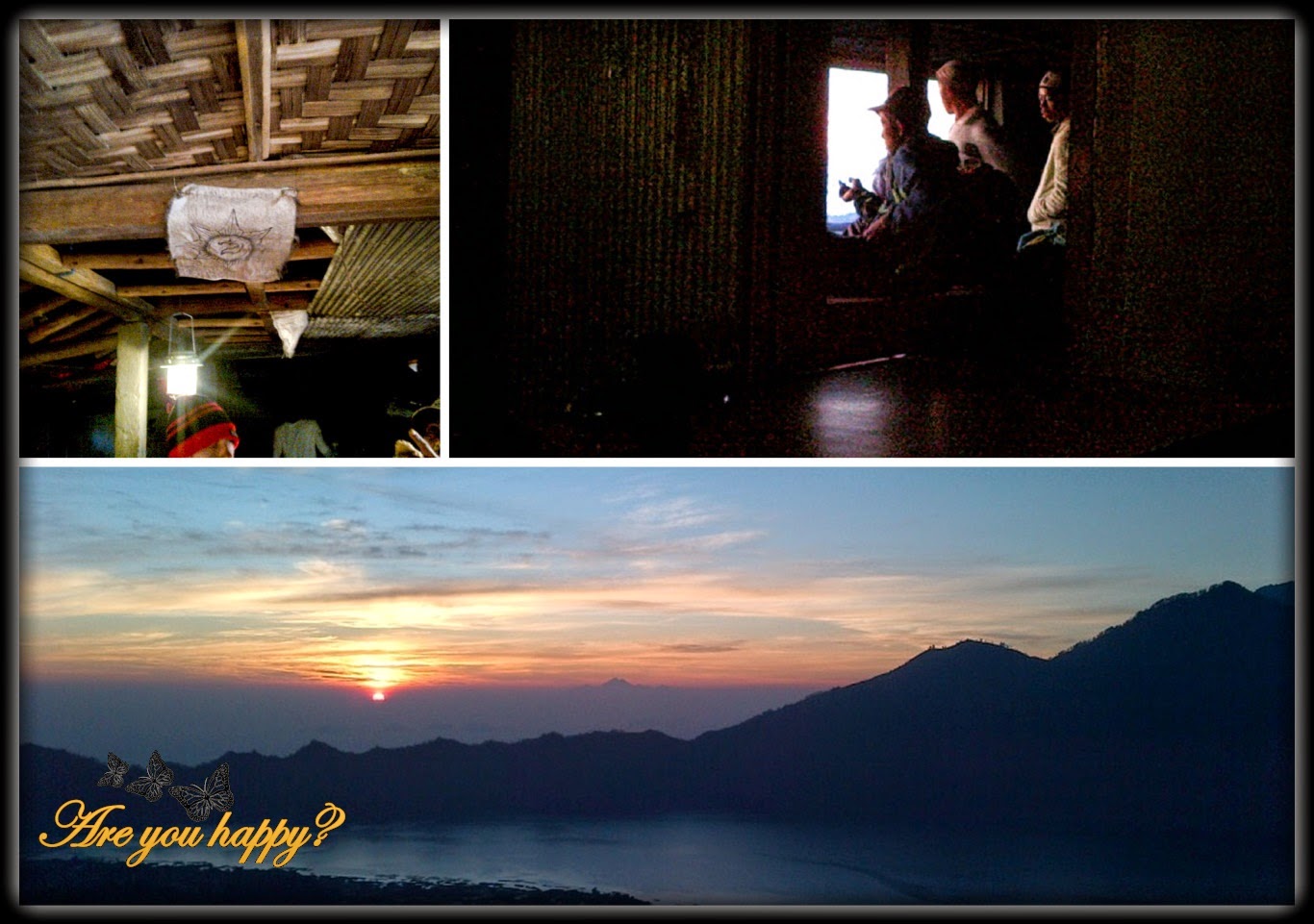 Since it was my first time trekking I was too tired to walk the last part of the trek I decided to wait for the other climbers to come back at the guides refugee place on top of the mountain where everybody stops to watch the sunrise.  It was windy and cold outside and these guys were nice to invite me to stay inside with them until the sun will rise and my friends will be back. 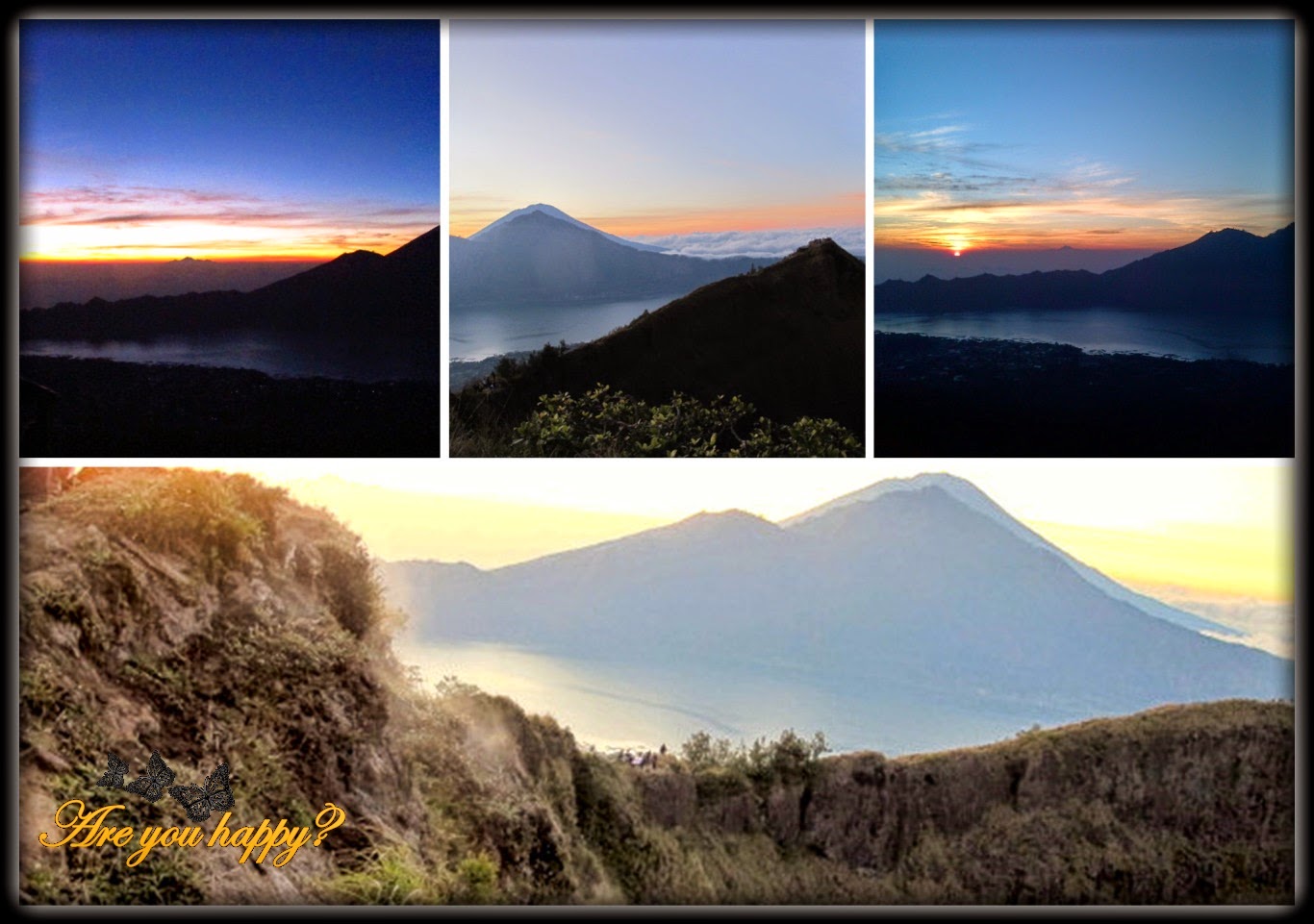 I could hear outside the rumour of some tourists waiting for their friends and the wind blowing.  Inside the fire was burning, hot tea and coffee was served together with banana sandwiches (nothing more than warm bread and warm banana served all together).  I spent maybe 1 hour or more with six local guides and a mid-age Danish lady in the same big room, with a stone bed, a table and chairs around it, and a simple cooking area.

Most of the guides knew some basic conversational English and I knew only a few words in  Bahasa Indonesia.  We didn’t know each other’s names but that didn’t matter.  They told me stories about normal life in Indonesia and shared with me their fried banana sandwiches.  At times they were talking amongst themselves in their language in such a peaceful voice that I had the feeling I can perfectly understand them and feel their worries and concerns for everyday life. 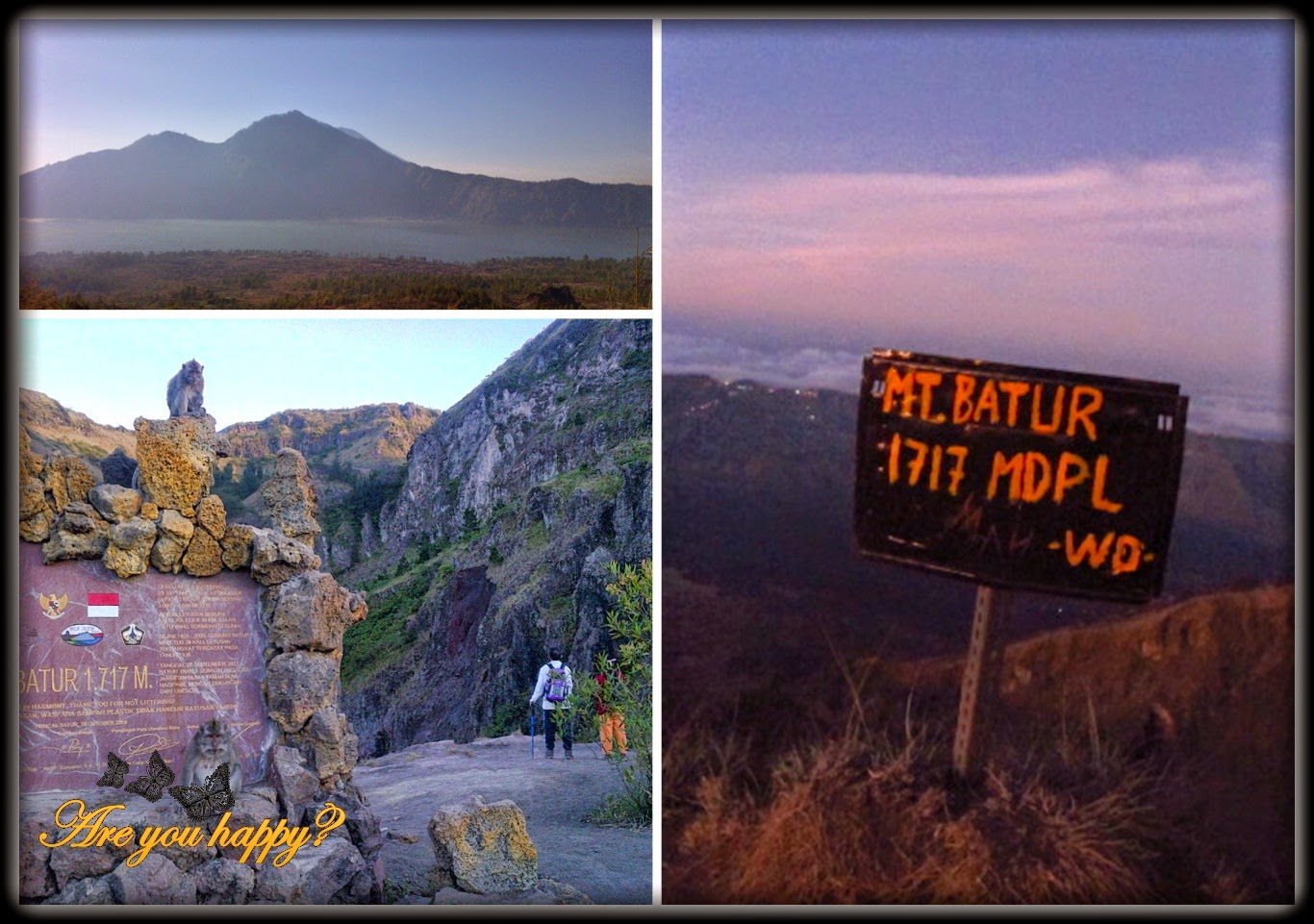 At 6:15 Gabi called me from the top of the volcano.  She was waiving to me and I could barely see her.  She had the voice of a happy person, a voice that reminded me why we travel and why we are so lucky to be able to do it as often as we do it.

While the sun was getting ready to show its face one of the guides was slowly singing “Everybody loves somebody”.  Our guide was laying outside on the stone bench sleeping and I was warming up in the shades of the sun going more up and up on the sky while gazing to the lake that was starting to take a shape at the bottom of the mountain.  It was one of the best sunsrises I've seen in my life. 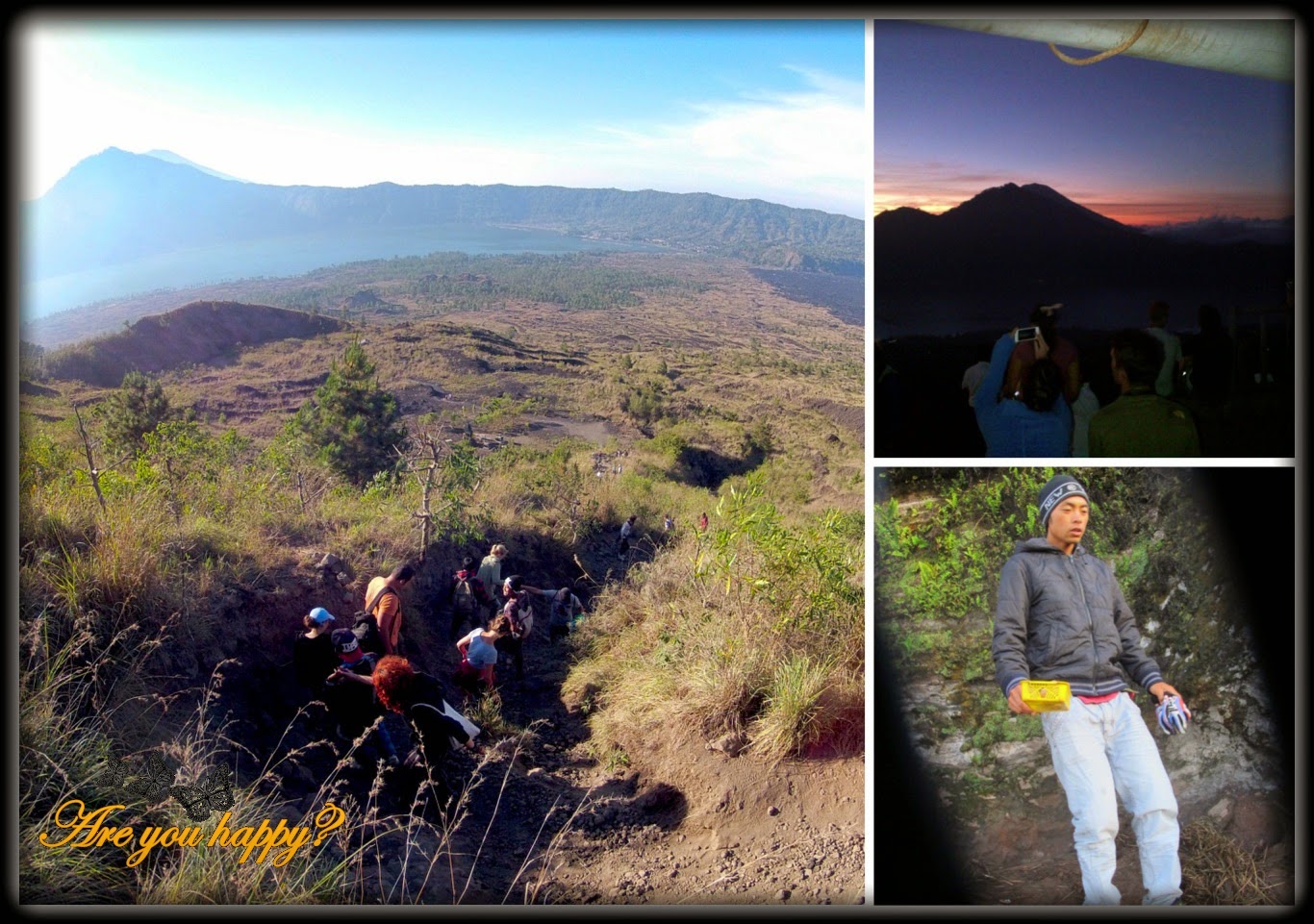 When the sun went up we were shown the crater of the volcano and places in the mountain where hot air is coming out just like in a sauna.  We started the descent at 7 and we reached the bottom of the mountain and the cars to take us back to our hotel around 8.  The descent was on the same path and seemed to me easier than the walk in the night because this time I was starting to get used with the path and the dark was gone. 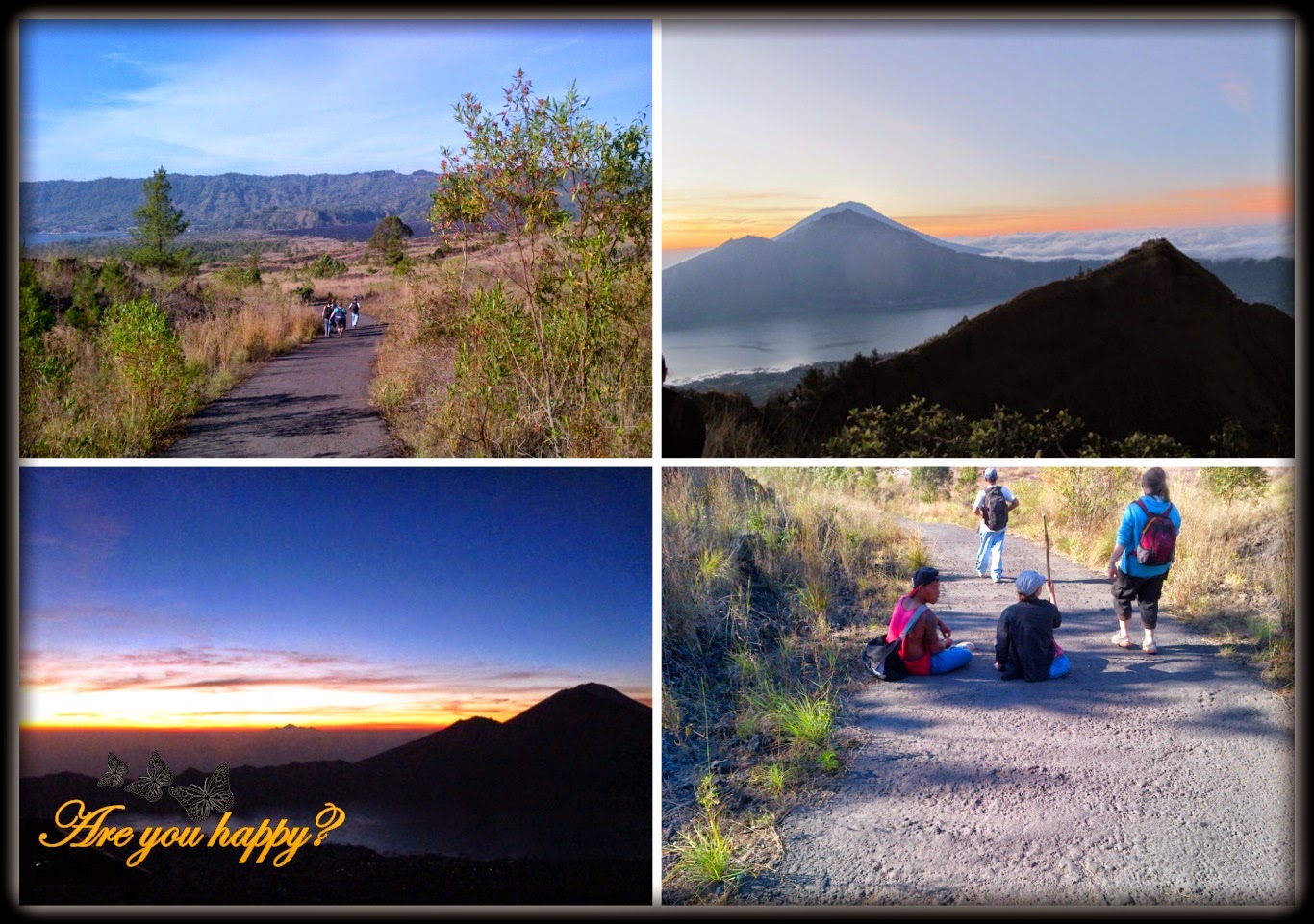 Our guide on the mountain was Senegal – a nickname that he got for having a well-built body and some tattoos.  He is the one we have to thank for bringing us safe and sound at the bottom of the mountain the next morning.  He learned English with the tourists because school is expensive and his parents did not afford to send him to school (like it happens with so many in Indonesia).  He made amazing hot banana sandwiches.  He smoked but said that’s not damaging his health because he is constantly trekking the mountain.  He was not that tall but all the guides called him hot because he was strong for an Indonesian man.  He walked up the mountain every night with tourists to earn enough money to survive.  Like him, so many others are mountain guides in Indoneisa to make a living. 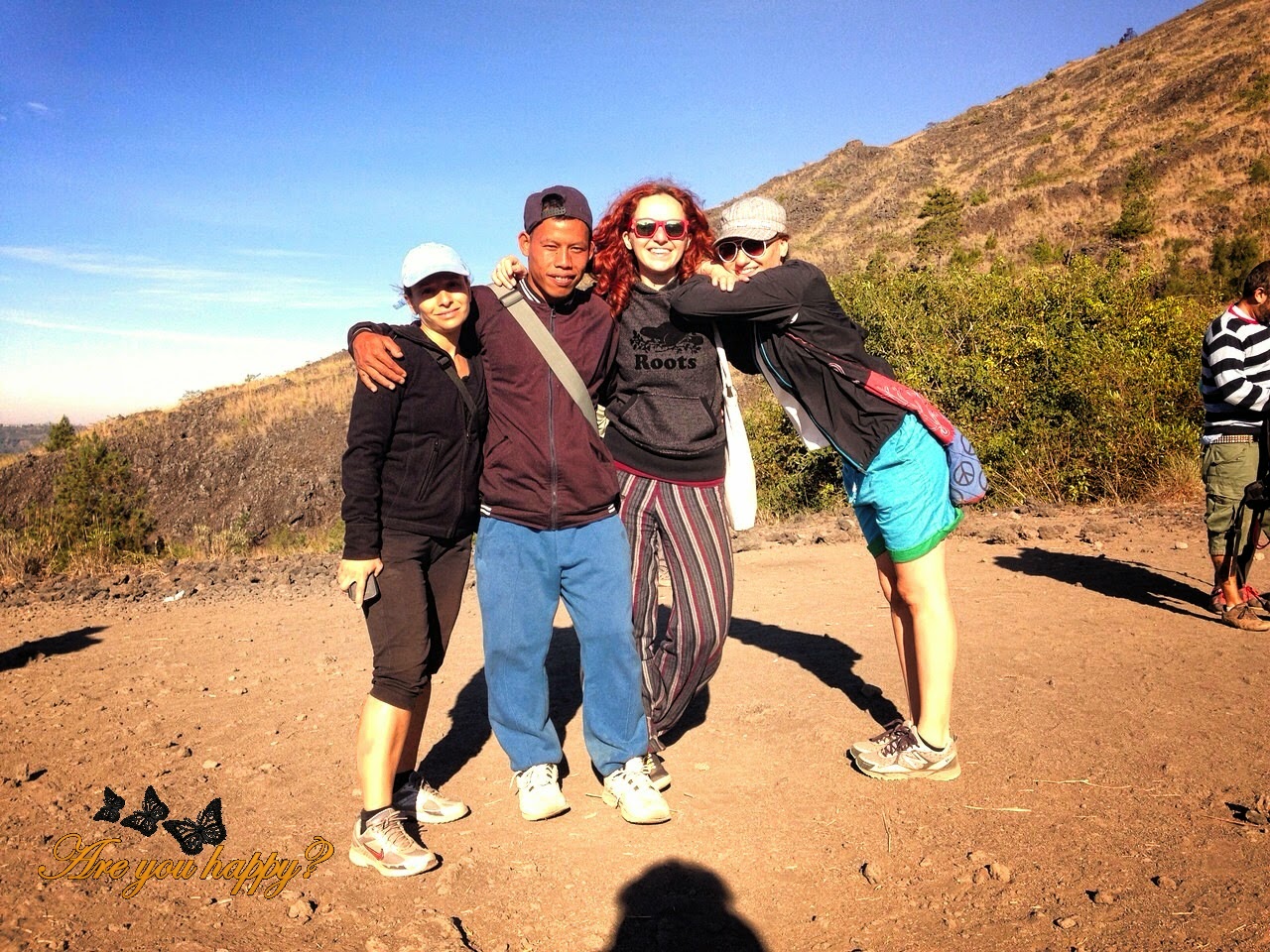